And now some holiday cheer from Author
Sarah Dalton!

Favourite Christmas gift of all time: It has to be a Casio keyboard when I was 8 or 9. My family were struggling a little at the time, and I really wanted it but didn't dare ask for it. When we were looking round the shops I think my dad realized how much I wanted it and bought it in secret. Then on Christmas day I saw it under the tree and it was the biggest surprise ever.

What would you buy the main character of your book for Christmas? I would buy her a torch. That way she wouldn't have to keep creeping around psychiatric hospitals in the dark! 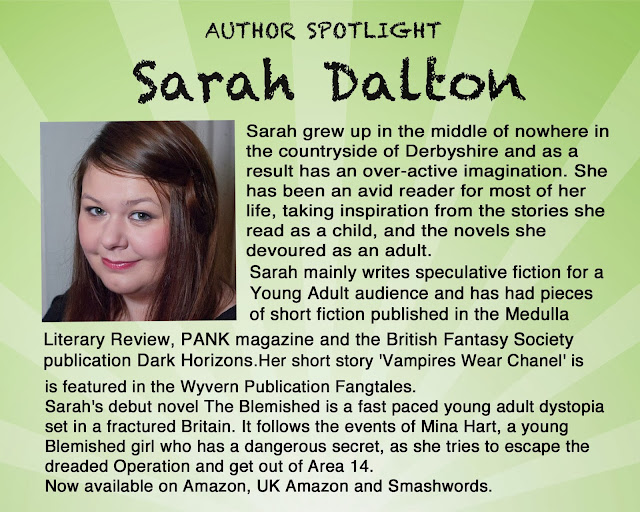 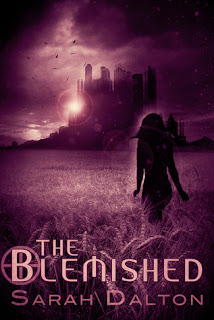 Blurb for The Blemished:

A beautiful world comes at a price...

In a world filled with stunning clones Mina Hart is Blemished. Her genes are worthless and that takes away her rights: her right to an Education, her right to a normal life and her right to have a child.

Mina keeps a dangerous secret which she never thought she could share until she meets Angela on her first day at St Jude's School. But their friendship is soon complicated by Angela’s adoptive brother Daniel. Mina finds herself drawn to his mysterious powers and impulsive nature. Then there is the gorgeous clone Sebastian who Mina is forbidden from even speaking to…

The Blemished is a frightening take on a fractured future where the Genetic Enhancement Ministry have taken control of Britain. It will take you on a ride filled with adventure, romance and rebellion.

Book one in the popular YA dystopia series 'Blemished'. 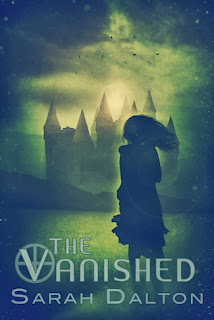 Blurb for The Vanished.

“You’re part of the vanished now. That’s what we all are. The people who have been forgotten.”

Mina Hart fought her way out of Area 14. She made it to The Clans so that she can live a normal life with her friends and her father. But what she finds is no safe haven.

As her best friend turns against her and the Compounders treat her with distrust, Mina begins to suspect foul play at the very heart of her new home. Just to make matters worse, the threat of war is coming. The Clans are turning against each other, and Mina is caught in the middle.

Join Mina as she is reunited with her father, meets new and surprising friends and tries to figure out her complicated love life. The Vanished promises even more rebellion and romance with betrayal just around the corner… 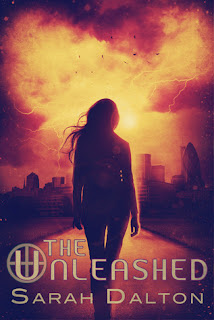 Blurb for The Unleashed.

“I wanted to live. I wanted us to have a future, and there was nothing else on my mind. With Daniel by my side I ran so fast my lungs ached.”

Mina’s world is turned upside down as an important person from her past materialises to take her away from the Compound. She finds herself separated from her friends and facing life-changing decisions on her own.

Meanwhile Daniel is on a mission to find Mina when he becomes involved in the Resistance – along with the rest of the Freaks. His visions take their toll as he learns of an event that could devastate the people he loves the most. Only he can stop it.

Angela finds herself on the adventure of a lifetime as she helps Sebastian find his father in Area 14. After action and adventure on the way there, the group are thrown into another life and death situation... can Angela find a way out?

Fans of the popular YA dystopia series Blemished will not be disappointed by this thrilling conclusion. It will keep you guessing right up to the very last page. 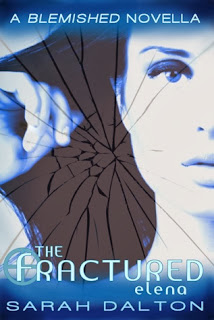 Blurb for The Fractured: Elena.

In a fractured Britain, the Genetic Enhancement Ministry have taken control. Parents buy designer babies and those with genetic faults are labelled Blemished and shunned from society.

Elena Darcey is just as perfect as the other clones, but there is something different about Elena, because she’s in trouble. After helping Area 14’s most famous criminals escape, Elena has to get out before her teacher-- the formidable Margaret Murgatroyd --finds out that she is a sympathiser for the Blemished. The perfect opportunity arises as a beauty pageant promises the winner a trip to London. Will Elena cope with the cut-throat world of a beauty pageant filled with sabotage, violence and betrayal? If she makes it to London, will she find the safe haven she craves? Does she discover more than she'd expected after meeting the mysterious Jake Bloom?

The Fractured is the first part of a spin off series based on The Blemished, which will focus on some of the secondary characters and their stories. Part one follows the life of Elena as she experiences a life changing event. 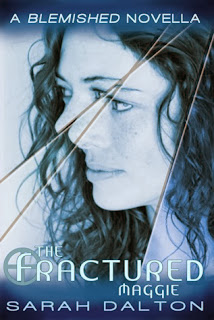 Blurb for The Fractured: Maggie:
In a fractured Britain, the Genetic Enhancement Ministry have taken control. Parents buy designer babies and those with genetic faults are labelled Blemished and shunned from society.

Margaret Murgatroyd failed in her mission to capture three Blemished escapees. She fears the Ministry will demote her to full-time teacher and remove her Ministry rights. But Margaret is surprised as she’s given a new opportunity with new responsibilities, the only problem are old memories it brings up. Margaret remembers herself as a young girl, Maggie Powell, and the mistakes she made as a young lab technician working at the Genetic Enhancement Ministry as it first embarked on its take-over of Britain. She remembers the mistakes she made, the people who betrayed her and the way it shaped her as a woman.

The Fractured is the first part of a spin off series based on The Blemished, which will focus on some of the secondary characters and their stories. Part two follows the life of Margaret as she remembers the heartbreaking events of her past. 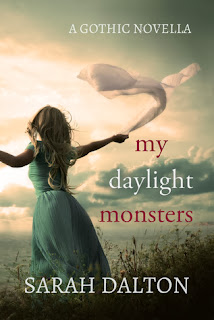 Blurb for My Daylight Monsters:

I always thought my demons came out in the day, rather than at night. I’ve never been scared of the dark. I’ve only ever been scared of real things: getting ill, having injections, physical pain… death. Those are my monsters, not ghosts or vampires or whatever else can hide under your bed at night.

The dark makes everything worse.

When Mary’s psychiatrist advises a short stay at a psychiatric unit, her worst nightmares are confirmed. How can she get better in a place that fills her with dread? When she meets the other patients, she begins to gather some hope, until she realises that the death toll in the hospital is rising without explanation. Something sinister stalks the corridors and maybe she is the only one who can stop it…

Mary has to confront the Things that she sees if they are to stand a chance. But will she survive a confrontation with death itself? 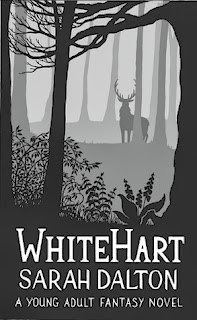 Mae never asked to be Craft-born. She never wanted that burden.

The King of Aegunlund has been waiting for the first Craft-born girl to reach adulthood so that he could marry off his son, Prince Casimir, and bring riches back to the Red Palace. The realm needs magic again.

In Mae's town of Halts-Walden, the ambitious Miller claims his daughter Ellen is Craft-born. Mae knows this is a load of hogwash, but she's glad Ellen will have the unfortunate pleasure of becoming Queen instead of her. All she has to do is sit back and wait until Casimir and Ellen are married, then she will finally be free of the threat of her fate. But on that day an event so shocking and terrible occurs that Mae finds herself entering the Waerg Woods on a quest she never thought she'd have to follow.

Join Mae as she rides her white stag through the dark, enchanted forest with a pampered prince at her heels. She's out for revenge and nothing, no one, will get in her way.

Coming in 2014! Add to your shelf on Goodreads! 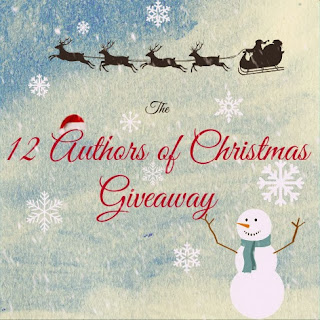